Waste Connections Reaches Highest Production Ever Thanks to Non-Wrapping Screen 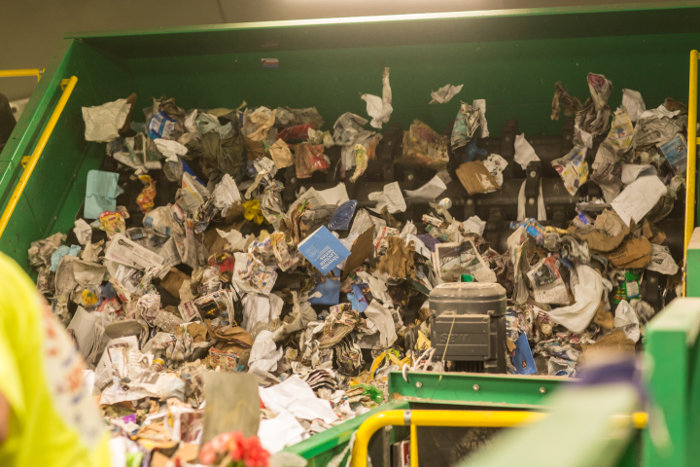 September 2017 – Waste Connections in McKinney, TX installed a new Non-Wrapping 440 Screen earlier this month. It is a Lubo Systems screen supplied by VAN DYK Recycling Solutions. The screen is 2m (6’7”) wide and replaced their traditional screen from 2008. The new screen sits on top of a 2m wide commingled screen as the top deck of a double-deck setup.

With their previous setup, the plant had three employees dedicated to cleaning the top deck during every break and lunch. They would often operate with three fewer QC sorters so that those employees could take breaks. They would also dedicate three employees to clean the screen for 1.5 hours in between shifts. They estimated a total of 2.5 hours a day just for cleaning this top deck. And inevitably, within 30 minutes of any shift, the screen would be 100% blocked with film bags. The top deck was so laborious to clean that the bottom deck often went neglected.

With the new 440 style screen, McKinney is able to allow all sorters to break at the same time. QC is never shorthanded by three sorters. And the total time and effort taken to clean the new screen? One guy at the end of each shift for 15 minutes.

Other employees can now focus on cleaning the commingled screen, and suddenly it is working better. They have had less fiber in the containers and fewer containers in the fiber. McKinney has said that with the screen’s addition, some of their recent shifts have been their highest production shifts ever recorded.

For McKinney, quality is up. Production is up. Labor is down.

The Non-Wrapping 440 Screen can be retrofit into any system. To learn more about its benefits, contact VAN DYK at 203-967-1100 or [email protected].